The History Of Treatments For Single Ventricle Heart Conditions

The History Of Treatments For Single Ventricle Heart Conditions 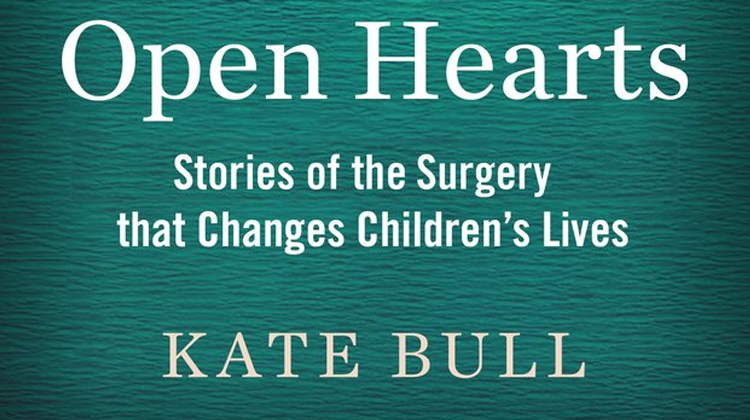 Suzie Hutchinson asked me to write about the early history of treatments for single ventricle over the years; she chose me to write this because I am old! I started as cardiac surgical trainee at Great Ormond St in 1979. Within a couple of years, I had moved to cardiology – back in the days before hospitals had echo machines! If a newborn arrived sick, we rushed the baby to the catheter lab and did a quick diagnostic catheter; almost all babies with single ventricles were immediately returned to their mother’s hospital by the ambulance they had arrived in so that they could die at their parent’s side.

Over the next 35 years, what the team could offer to babies with single ventricle moved very fast. By the time I left, variants of the Fontan operation had become the commonest surgery done in the UK for heart children over 2 years of age. After I retired, I wrote a book about the history of cardiac treatment in children – from the patients’ point of view. For example, I interviewed Robert who was born in 1951 with single ventricle.  “Make the most of him while you’ve got him” the doctor said to his mother. She told Robert this story on his 62nd birthday.

My book is called Open Hearts: Stories of the surgery that changes children’s lives.

You can buy it by clicking here (or at a real bookshop or you may find one on eBay.)

I’m going to start the history lesson with some dates.

Before the early 1940’s there was no treatment for any congenital heart disease available anywhere in the world – so there was no real pressure to make an exact diagnosis. If a baby was blue, the doctor’s main responsibility was to have a gloomy conversation with the parents.

All this changed in 1944, when the story of the first ‘blue-baby surgery’ was plastered all over the world’s press. The original idea for the operation came from Helen Taussig (a cardiologist), the technical development was by Vivien Thomas (an African American lab assistant), the surgical star was Alfred Blalock (who the shunt was named after) and the patient was a baby called Eileen Saxon. Eileen’s shunt only lasted a few months, but in the years after her operation, thousands of blue children arrived to hospitals in wheelchairs (no buggies in those days) and walked out pink two weeks later. What great pictures for the newspapers – and Hollywood was still telling the story 50 years later with the film ‘Something the Lord Made.’) Blalock came to London in 1947 and in the following five years many, many ‘Blalock Shunts’ were done in England, a few on children with single ventricles.

Other ‘outside the heart’ operations also evolved around then: a ‘banding’ operation (a piece of string tightened around the lung artery to restrict too much flow going through it) and a Brock operation (invented by Brock….later Sir Russell, and later still  Lord Brock) who showed how to poke a sharp instrument through a tight pulmonary valve).

Operating inside the heart came next. The earliest operations were done on children with atrial septal defects. At first, the teams immersed the patients in ice-baths before opening up their chests and hearts; cooling protects the brain for the few minutes that the heart is stopped to allow the ASD closure operation. Even before what we now call ‘heart-lung machines’ were developed, some surgical teams used human beings as the heart-lung machine! The child would lie on one operating table and their parent on another beside them.  Their circulations were linked with tubes and pumps so that while the surgeon worked inside the child’s heart, his parent’s lungs did the breathing for both. In 1953 in the US, the first open-heart surgery for a blue child was done in this way (with an unrelated volunteer providing the oxygenation!) Gradually what we now think of as heart-lung machines were developed and could support a child’s circulation during open heart surgery – unfortunately there wasn’t an open-heart operation that could help children with single ventricles.

By the early 1960s in the UK, there were 38 centres doing surgery on children with congenital heart disease – many ‘adult’ surgeons doing a few operations each year.  The results by present standards were absolutely disastrous.

Because it was the forerunner of later surgery for single ventricle, it is worth mentioning this operation, invented in 1958 by another American surgeon (called William Glenn – do you detect a pattern of naming the operations after the first surgeon?).  1. Cut the main vein from the top part of the body (the SVC) as it arrives into the heart (to the right atrium). 2. Cut the right lung (pulmonary) artery away from the main pulmonary artery near where it divides.  Join the two together end to end. This way all the blue blood from the top of the body goes to the correct place (the lungs) where it is made pink and returns to the ventricle.  This operation is theoretically more efficient than the Blalock shunt, but seemed very radical at the time. But it lives on in the ‘bi-directional Glenn’ where the SVC is joined (‘anastamosed’) end-to-side to the lung artery so that the returning blood can flow through both lungs.  Many single-ventricle patients alive today have a bi-directional Glenn as part of their blood flow arrangements.

Frances Fontan, a French surgeon took the Glenn operation to its logical conclusion in 1968.  The first patient was a 12-year old girl with Tricuspid Atresia (where the main ’single ventricle’ is a left ventricle). Her SVC blood was diverted to her right lung (classical Glenn operation) and her right atrium connected to her left lung artery by a tube with a valve in it. The rationale was to use the right atrium (the heart’s right sided collecting chamber) as a pump to push blue blood returning from the lower body to the left lung. During the late 1970s Fontan and others, including the teams at Harefield and the National Heart Hospital in London, extended the idea of the Fontan operation.  Aiming to make best use of the right atrial ‘pump’, surgeons started putting more valves in – at the mouth of the inferior and later the superior vena cava. All the turned out to be useless, the valves never closing and – worse – getting in the way of flow. Once they realized this, the valves and tubes were abandoned and the ‘Fontan’ operations began to aim at streamlining the blood flows as they returned to the lung using tunnels or tubes – ‘Total Cavo Pulmonary Connections.’

In 1969, the first human heart transplant took place in Cape Town, South Africa – another sensation for the newspapers.  Few know that three days later the second transplant took place in New York – of a baby with a single ventricle (this time, Ebstein’s anomaly).  She did not even survive a single day, but people started to talk transplanting a normal heart into babies with very complex anomalies rather than trying to ‘repair’ them.

The Fontan operation and its successors provide a circulation which makes the patient pink, or nearly-pink, with the adequate oxygen levels and energy levels that this corresponds to. But these operations cannot be done in the first few months of life – a time when many single ventricle babies die without treatment. Some can be helped with shunts or banding operations, but until the early 1980’s nothing could be offered anywhere in the world to the big group of ‘single ventricle’ babies with hypoplastic left hearts.  At around that time, teams were becoming more confident in doing open-heart procedures in newborn babies and Dr Norwood (another American) started offering an operation that could offer palliation to babies with HLH conditions and perhaps allow them to survive long enough to receive a future Fontan type palliation.  The ‘learning curve’ for Norwood-type operations was terrifyingly steep; there were few survivors and not all teams felt that it was even fair to offer parents any hope. Even today, it remains very challenging surgery in babies with little resilience. Details of the ‘stage 1’ operations offered to HLH babies have evolved radically over the years, so they bear little resemblance to Norwood’s original procedure but most babies with HLH in the UK do now undergo an operation in the first few days of their lives, aiming for second and third ‘stages’ to their operative journeys.

So, what has happened to those early single ventricle patients? Sadly, most of them died before or after surgery.  However, for my book I had the great privilege of interviewing these ‘single ventricle’ patients who had early versions of the operations that children now have.

Robert is now in his 60s.  He was one of those ‘single ventricles’ born with just enough and not too much lung blood flow, so went unpalliated to school – so blue that he couldn’t walk and talk at the same time. He wasn’t fully diagnosed until he was in his twenties.  He was assessed for a TCPC but thought unsuitable and had a shunt as an adult.  He has outlived three of his consultants.

Jo, now in her 50s.  As a young child, Jo had a Glenn operation and a Brock operation – and that’s all.  She had me laughing at her memories of being a (slightly blue) teenager out on a Saturday night, smoking and eating pizza by the bus shelter.  She kept down an office job until her mid-thirties before her heart gave her any real trouble. No Fontan operation for her.

Wendy is now in her late forties and had a very early Fontan operation- the one with tubes and valves. She had an admirable career as a social worker but has recently retired on health grounds.

Tom is American and had an early Norwood operation for HLH.  When we met on Skype, he had just qualified as a doctor.  We have kept in touch and he is training in paediatric cardiology.

Young people alive with single ventricle, their parents and families owe a debt of gratitude to these people and to other early survivors who lived or died after operations less optimal than the operations offered today. It is surgeons who give their names to the operations, but in my opinion it is the early patients and their families who were the first people in the world to pioneer actually living with single ventricles.[/vc_column_text][/vc_column][/vc_row]