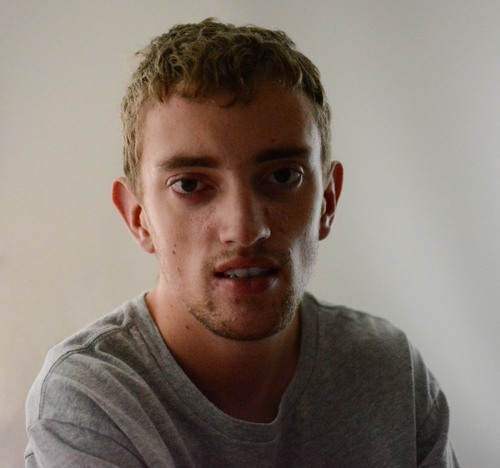 Hi guys and girls, my name is Jack. I was born on Monday 29th November 1993. I have a life threatening heart condition called, Hypo Plastic Left Heart Syndrome.

I was diagnosed at Musgrove Park hospital in Taunton, the county town of Somerset. I live in a very small village called Ashcott with my Mum, Suzi, Dad, John, Sister, Sophii, Brother, Harry and a eleven year old collie-retriever cross breed, called Amber.

Hypo Plastic Left Heart Syndrome (HLHS) doesn’t make much sense to the average human being, in fact, it doesn’t make much sense to me either. However, I will now try and simplify it for you. HLHS effectively means that I live each day of my life with only half a working heart. Yes! Half a working heart… but really it’s not that bad. When I was just 3 weeks old and my heart was the size of a shelled walnut, I had my first major open heart operation. It was called Fontan.

Fontan is a three stage procedure and at only 3 weeks old, this was stage 1. See, when you have a congenital heart condition like mine, the single working ventricle has to pump blood to both the body and the lungs. This means that the heart is having to work twice as hard and it is very difficult to gain weight. We are also vulnerable to decompensation, this means that the heart may fail to maintain an adequate blood circulation, encouraging vascular disease and even heart failure.

Each operation saw my condition improve and the doctors created a separate system that just pumped blood and oxygen to my lungs whilst keeping the blood circulating the rest of my body. Throughout my primary school years, I lost a substantial part of my education because I was always in and out of hospital. One of the main concerns for my consultants was my saturation level. This is also known as oxygen levels or “sats”, and measures the amount of iron content in your red blood cells. They measure this as a percentage and an average person levels are between 90-100%. Mine on a good day would be about 70-75%. I would get tired a lot quicker, wouldn’t be able to walk very far at all and it would also affect the time it took to get over simple things like a common cold.

I remember in my secondary school years it just seemed the coughs, colds and bugs wouldn’t go away. Once again this led to me missing part of my education. Nevertheless, I ploughed through and came out with 11 GCSE’s, 10 of which were A* – C grades. During my time at my secondary school, it occurred to me that there was no publication or newsletter that appealed to 11-16 year olds. So in my second year at the school, I produced an enjoyment publication for the pupils to read. It came out quarterly and continued for 3 years. This was benefiting the school but my headmaster didn’t help with funding, so annually I had to find £3,000 to cover the cost of printing the 1,200 copies needed for each issue. It was a huge success for me and my fellow pupils, who took part in mini fashion photo shoots, writing articles and more. Meanwhile, I trolled up and down the high street calling into businesses who would place adverts which would cover the cost.  Leaving day came in a flash and surprisingly, I never really wanted to leave. I had such fantastic support from all my teachers, learning support assistants and friends at the school and it has left me with memories to last a life time.

One chapter closed and another one opened and I didn’t want to go to College, as most of my friends did. Instead at just sixteen years old, I opened up a small retail shop in my local town. The Slipper Box was literally a box. It was 12ft by 10ft and had a small toilet cubical which was just about useable! The shop specialised in luxury sheepskin slippers and gifts with our prime season being between September and February. I wanted the shop to feel special. My Mum works in design and for those who don’t know their paint brands, Farrow and Ball, the poshest of them all was chosen for the exterior. A deep burgundy matched well and was our logo colour. Inside were several classic wooden stands, a ‘Valet’ wardrobe and a sort of, ‘Are you being served?’ counter. I also wanted a Chesterfield ‘real’ leather sofa for the customers to sit on whilst they were trying on their purchase. I found one on the internet for a mere £400 in Andover!

Yet again, I was in hospital for a minor catheter procedure to try and see whether they could increase my oxygen levels. I was now approaching eighteen and as I was growing – all be it up and not out – my consultants wanted to increases my sats. If they succeeded, it would give me a slightly better quality of life. Thanks to them they did, by about another 5%-10%, on a good day. It’s still a battle everyday to try and do the most simplest of tasks, but I consider myself lucky to be alive. After all, all my surgery has been done in Birmingham and I was the 6th baby to go into the operating theatre at 3 weeks old, to have the first part of the Fontan. I was the 2nd baby to come out alive and well. My condition is very rare and the risks are extremely high.

I now run The Slipper Box as an online business. The brands I stock include Draper of Glastonbury, Magicfelt by Stegmann, Wessex Footwear and Cosyfeet. Part of the profits I make go to Little Hearts Matter. I also work as a part-time employee in the I.T department of a international shoe company. I am a project leader and have been with the company for over a year. I don’t play rugby or football and never have been a sporty person! My passion is photography; mainly air shows or car events/meetings. Anything to with vehicles really. I use a Nikon D5200 DSLR camera with a host of lenses for different situations.

I also like to organise talent and music events. I’ve produced events in many venues across my county including the Clarks Village shopping centre, which gets 5 million tourists every year. I remember only a few years ago I organised my sister’s new single release called ‘We Will Never Be’. I’m not biased, so naturally I think she’s an incredible singer/songwriter. She’s performed on the same bill as The Overtones, won our county’s biggest talent competition and performed at Glastonbury Festival 2013.

Visit www.sophiinegus.com to check out her music!

In February 2012 I took on the mammoth task of organising a theatre variety show for Little Hearts Matter. This was something I’ve always wanted to do. You see, I’m tone deaf, literally! And I can’t dance or act. But the theatre has always appealed to me. Thats why organising a theatre show was brilliant fun… a lot of work, but brilliant fun. 300 sold out seats, lots of talented young performers and a BBC TV presenter. What could be better! Oh, raising over £3,100 for Little Hearts Matter! If you’d like to have a look at the photos, visit my website.Finally, In 2012 I was voted – Winner, Youth Pride of Somerset and was Runner Up for The Spirit Of London Awards in the same year! This was for my fund-raising and health battles.

Turning 21 and enjoying life to the full, I always think about this; life is what we make it. It’s our own decision to choose what and who we want to be. Life is tough, and for people like myself, it’s a little tougher. Yet I choose that my condition won’t get in the way of what I want to do.

Jack, now 24 in 2018, has kindly given us an update about where he is on his heart journey:

Hello, thank you for stopping by! I’m Jack, a 24-year-old from Somerset with Hypo Plastic Left Heart Syndrome. If you don’t know what that is, you might want to read the information on www.lhm.org.uk, rather than me babbling on!

I just thought that I’d let you know about the amazing stuff I get up to. Let’s talk business, slippers to be exact. I’ve run my own business for 7 years now; The Slipper Box specialises in sheepskin slippers, boots and accessories, and we deliver across the globe. It enables me to work when I want to, and although hard work, I really do enjoy it. It also enables me to donate small amounts back to Little Hearts Matter, who have supported me and my family my whole life.

I’m an adventurous individual and despite my mother’s worries, I travelled alone to the Scottish Highlands back in April for a week away. I’m greatly into my photography you see and the thought of 7 days with nothing but cows, sheep and an epic landscape was scary… for my mother at least! I enjoyed it so much, I’m going back next Spring.

I try and live my life to the full, and I think I do that pretty well. Of course, we’d all like to skydive, but we do have our limits. Having half a heart shouldn’t be one of them, not if you don’t want it to be. I thankfully have the support of a loving family and friends. Motivating me to keep going and telling me to stop when it’s right. Just so long as you remember, life is what we make it.